Mamma Mia! Returns to Manila
by: Manila For Kids

The sensational feel-good musical MAMMA MIA! makes a triumphant return to Manila and will play at the Theatre at Solaire for a strictly limited season from 29 September as part of the show’s International Tour.   Tickets go on sale on 11 April 2018 through Ticketworld.

Described as ‘the sunniest of all musicals’ (Sunday Express, UK) and ‘ABBA-solutely fabulous’ (Bristol Post, UK), MAMMA MIA! is Judy Craymer’s ingenious vision of staging the story-telling magic of ABBA’s timeless songs with an enchanting tale of family and friendship unfolding on a Greek island paradise. On the eve of her wedding, a daughter's quest to discover the identity of her father, brings three men from her mother's romantic past back to the island they last visited 20 years ago.

The perfect ticket for a feel-good night out!” The Daily Telegraph, UK

To date, the smash hit musical has been seen by more than 60 million people in 50 productions in 16 different languages. When it was released in 2008, MAMMA MIA! The Movie became the highest-grossing live action musical film of all time. A second film, MAMMA MIA! Here We Go Again is currently in production and will be released worldwide in July 2018. From West End to global phenomenon, the London production of MAMMA MIA! has now been seen by more than 10% of the entire UK population. It is one of only five musicals to have run for more than 10 years both on Broadway and in the West End, and in 2011, it became the first Western musical ever to be staged in Mandarin in the People’s Republic of China.

The hugely successful International Tour, since premiering in Dublin in September 2004, has visited 85 cities across 38 countries and sold over 5 million tickets. The show was last performed in Manila in 2012 to an audience of over 45,000 and following its huge success, now makes a welcome return to the city. The narrative power of more than 22 of ABBA's greatest hits, including Dancing Queen, Take A Chance On Me, The Winner Takes It All, Does Your Mother Know and of course Mamma Mia, propels this charming story of love, laughter and friendship.

The most fun I’ve had in a theatre in years!” Toronto Star, Canada 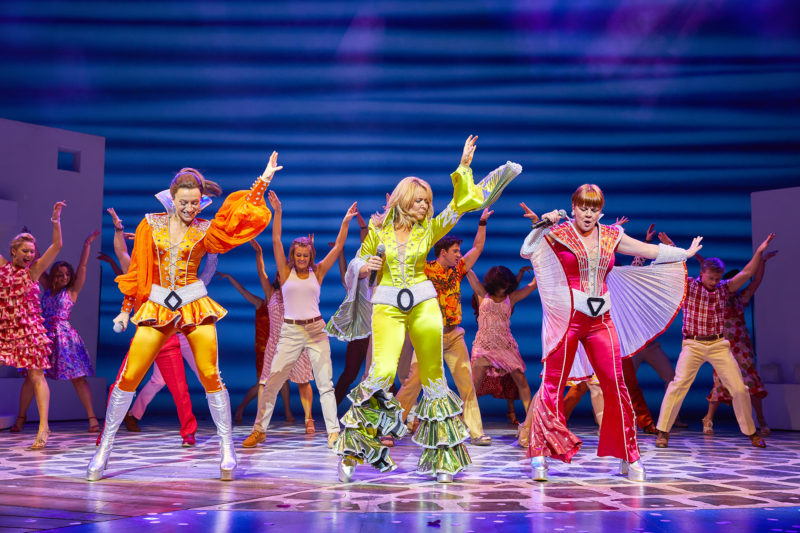 MAMMA MIA! remains the ultimate feel-good musical.  It blends a humorous and heart-warming story with some of the best-known songs ever written, from the world’s number one pop group of all time.  So whether you’ve seen the movie and want to experience the excitement of the show live on stage, or whether you have seen this spectacular show before and want to recapture the magic, here’s your chance!”

Date: Opens 29 September 2018 On Sale: 11 April 2018 Venue: The Theatre at Solaire, Manila Language: English Cast: The International Tour features a cast from the UK Tickets: From Php 1550-7000. Get your tickets at Ticketworld
Klook.com
Klook.com
Klook.com