UPDATE: The free shows have been extended until May 31 The National Museum of the Philippines launches its new full dome Planetarium projector. Until April 30, there will be no charge for the shows. Starting March 24 at 9 am, visitors will be able to watch full dome shows from our upgraded facilities at the National Planetarium. The hybrid projection system is the first in Asia, integrating our 1975 analogue projector with the new digital projector developed by the Japanese company Goto. 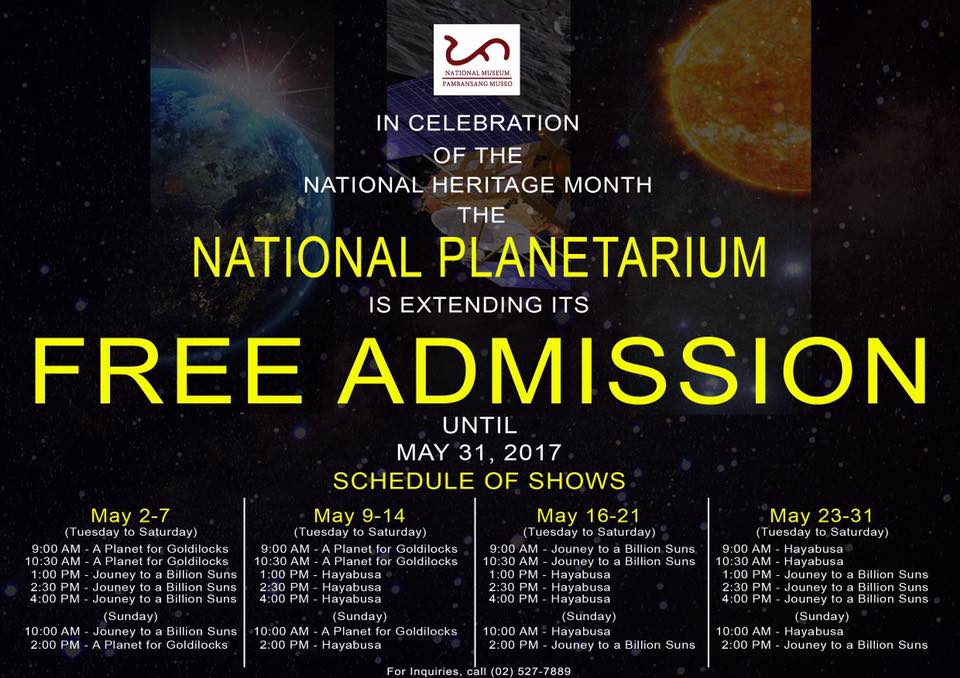 We are open from 8:30 am to 5 pm, Tuesday to Sunday. The first show will start at 9 am but on Sunday from 10 am. Admission is free of charge from tomorrow March 24 to May 31. There is no need for reservations and we will admit viewers on a first-come, first-served basis. If there is a long line, we will only allow one show per viewer.

The shows are suitable for children from 5 years old and up and regret that we cannot admit children below 5 years old. 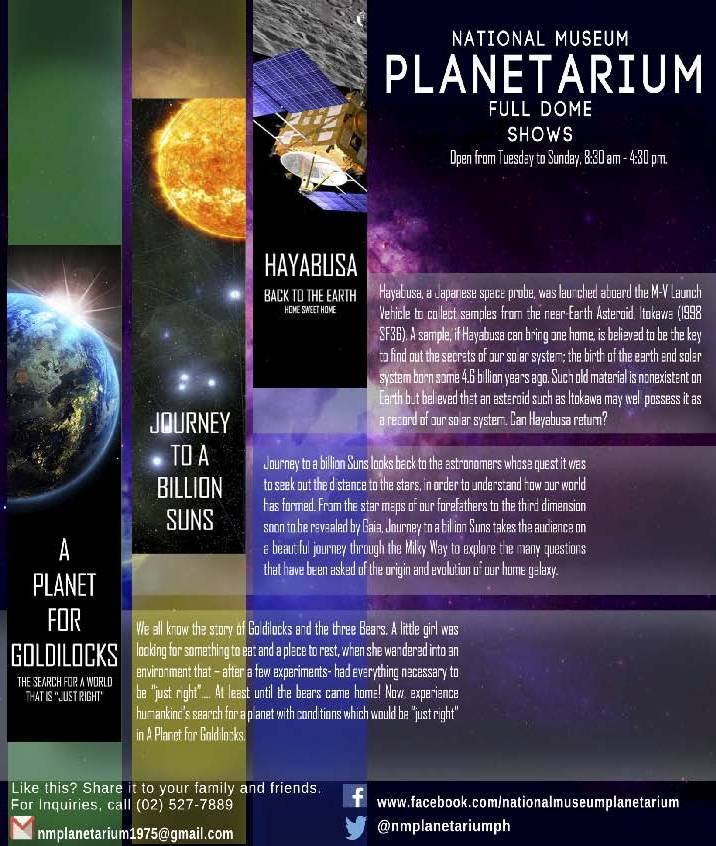 For our inaugural offering until April 30, there will be no charge for the shows. Update: this has been extended until May 31. Visitors may be able to access the Planetarium from its Rizal Park entrance starting March 24. Thanks to the National Parks Development Committee and its Executive Director Penelope D. Belmonte.