Just when you thought Halloween couldn’t get any more fun-tacular, Nickelodeon Takotown SpongeBob’s Scary HaLOLween 2017 brought the house down last Sunday, 29 October at SMX Aura in Taguig City. The much awaited Takotown Halloween event was a LOL-scarefest for thousands of kids and their families. Presented by Toy Kingdom, the event promoted active play and encouraged kids to be brave and have fun while being spookified. Drawing reference from the SpongeBob Halloween special, The Legend of Boo-kini Bottom, a series of activities were planned for Nicksters to band together and beat The Flying Dutchman by chanting, “Scary means funny!”. This was capped with a preview of The Legend of Boo-kini Bottom premiere, a spooky stop-motion feature on how the Flying Dutchman came to Bikini Bottom to make sure everyone in town will get a fright. But the Flying Dutchman just couldn’t win because with SpongeBob, the spookier things got, the funnier it was! “Based on this year’s attendance, we’re happy to know that Takotown Halloween is really an event that kids and their families look forward to. That’s what inspires us at Nickelodeon, to make it more scare-tacular while continuing to encourage an active, fun lifestyle through play,” said Dinna Zaratan, Country Manager of Viacom International Media Networks, Philippines.

Wearing their HaLOLween best, Nicksters were treated to fringe activities in addition to the main booths. Game booths with beat-the-clock games like the Open Sesame! Horror House Maze upped the excitement while teaching kids to think quick on their feet, and the aptly named Pine-App-le Pit booth provided Nickelodeon tablet games for kids to trial while roaming the area for their next scare-venture. 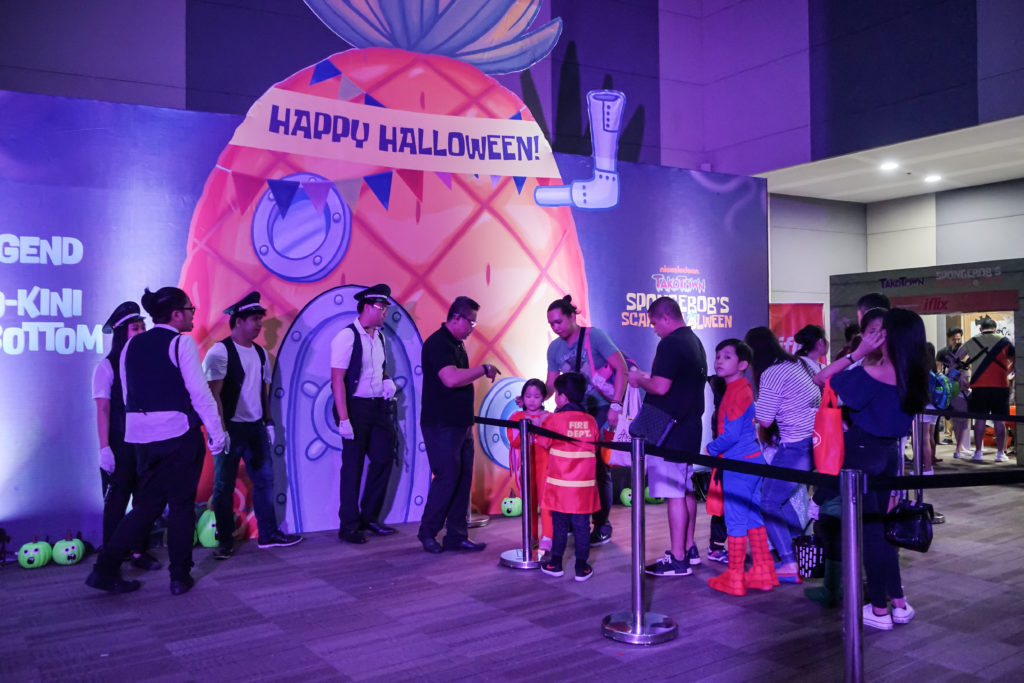 Solving The Legend of Boo-kini Bottom

Thereafter, kids were led to SpongeBob’s House where a fish police officer briefed the kids and asked for their help in beating the Flying Dutchman and his allies by simply having spooktacular fun! Next stop was the Horrors of Chum Bucket where the gruesome way that Plankton made his burgers was revealed… the ingredients looked too much like horrified living creatures! Leveling up the spook meter, kids were led to the Horrors of Krusty Krab where they got a huge dose of spook attacks from Flying Dutchman’s allies who seemed to come out of nowhere! Last stop was the Flying Dutchman’s Ship where he went all out to show the kids what scary really is! But all’s well that ends well because the Nicksters chanted, “Scary means funny!” with all their might until the Flying Dutchman and his allies were beaten. Quest solved! 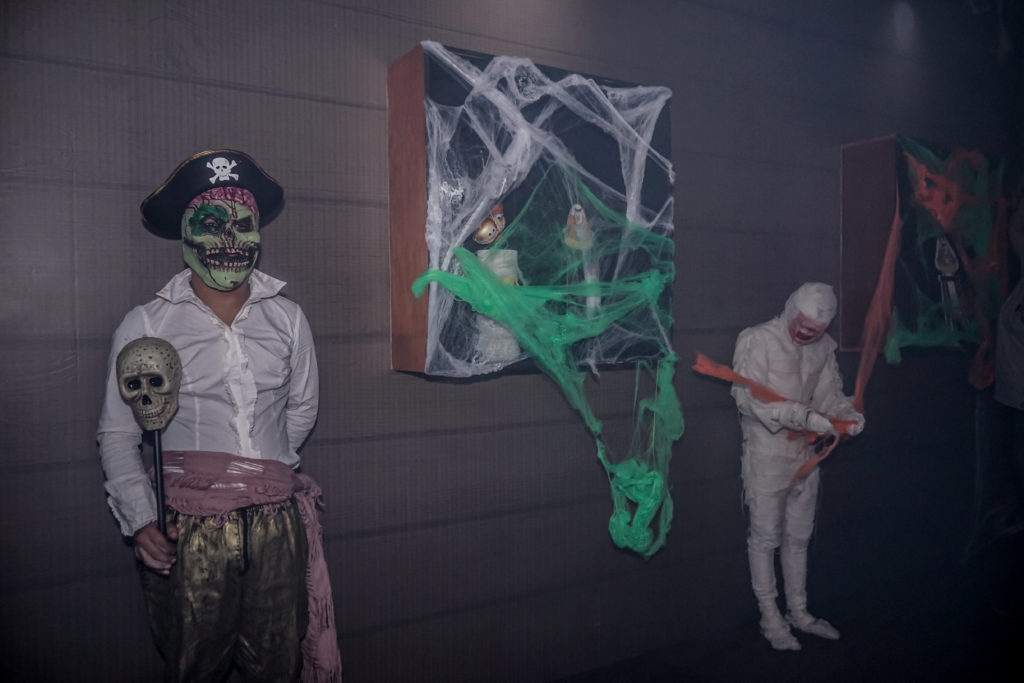 First stop was Mr. Krabs’ Horrors of Chum Bucket. Nicksters had a great time shooing away the Flying Dutchman and his allies by gathering all their energies in chanting, “Scary means funny!” 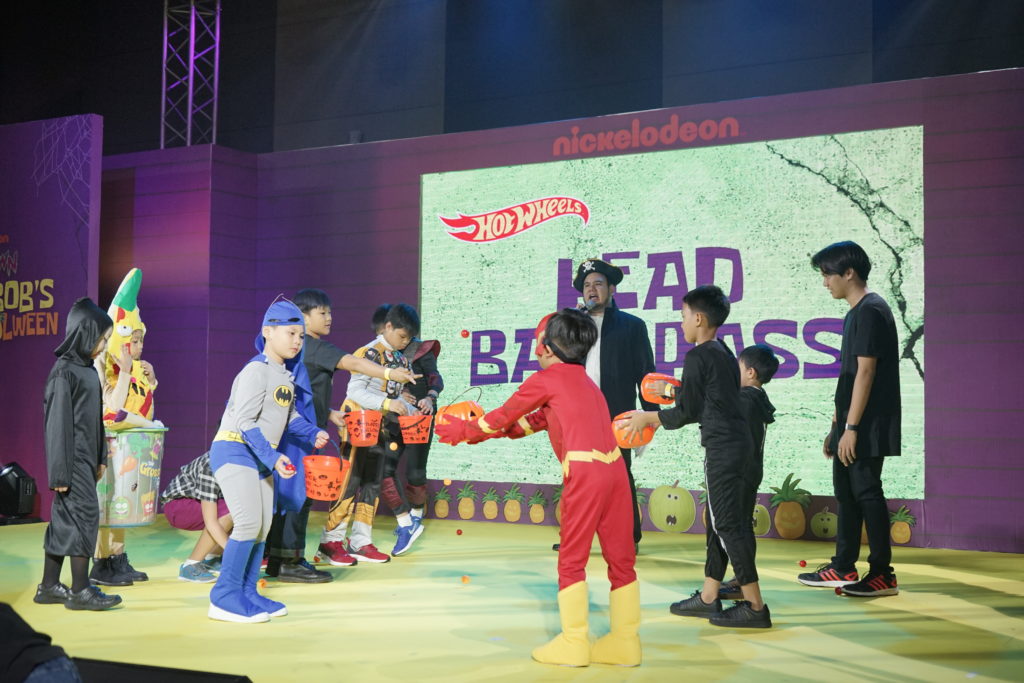 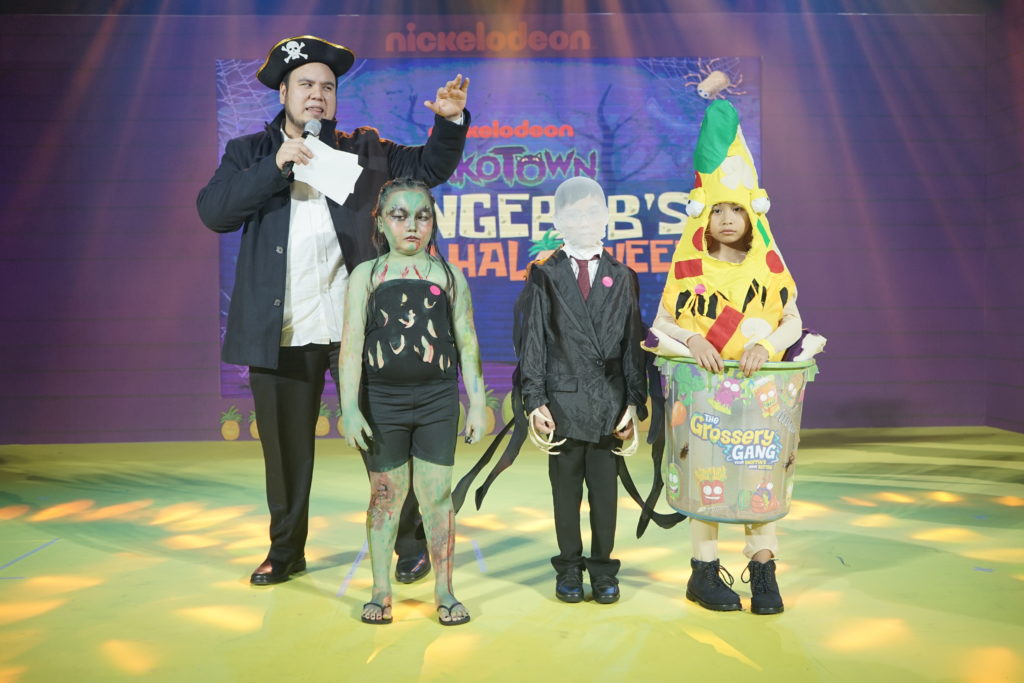 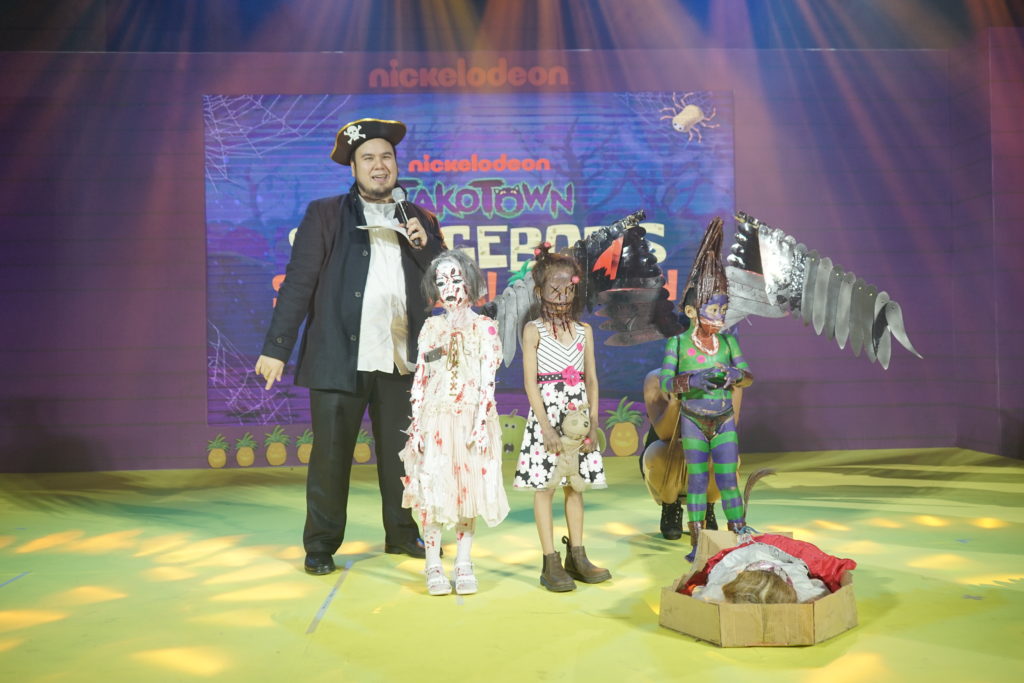 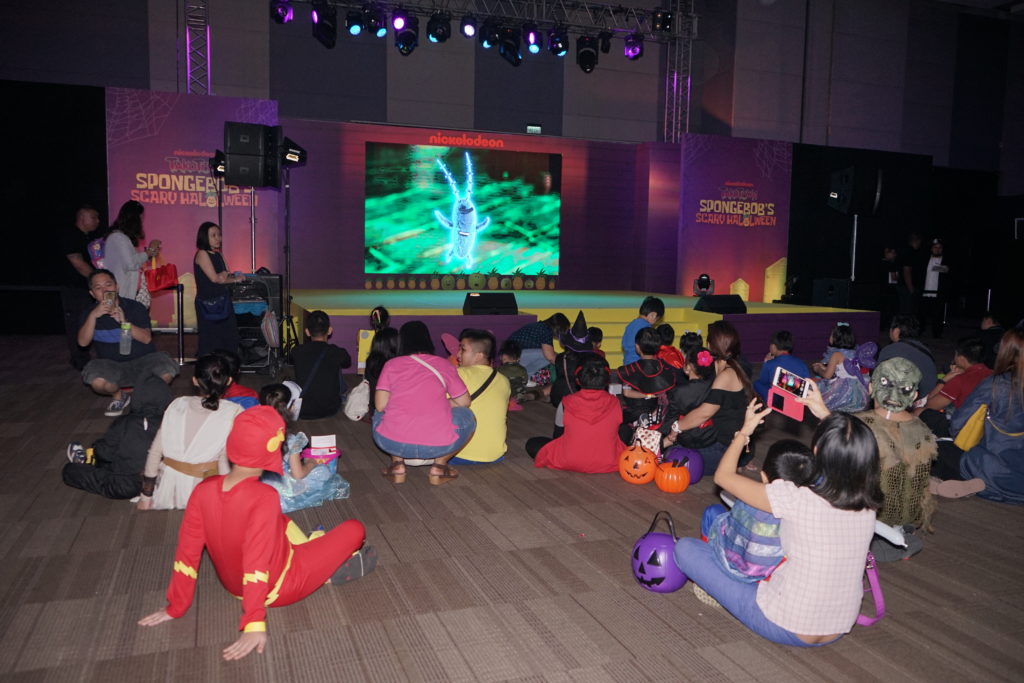