The Festival of Lights kicks off the Christmas season in Makati
by: Manila For Kids

Christmas is officially here when the Festival of Lights opens their magnificent Music & Light show at Ayala Triangle Gardens.

Now on it's 9th year, the Festival of Lights 2017 has made it to the coveted list of Conde Nast Traveller’s Seven Most Spectacular Lights in the World, in the company of distinguished luminaries such as the Tivoli Gardens in Copenhagen, Denmark, the holiday lights display at the legendary Champs-Elysees in Paris and Japan’s Kobe Luminarie. 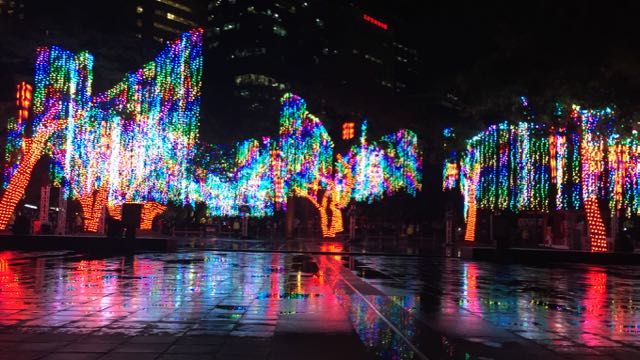 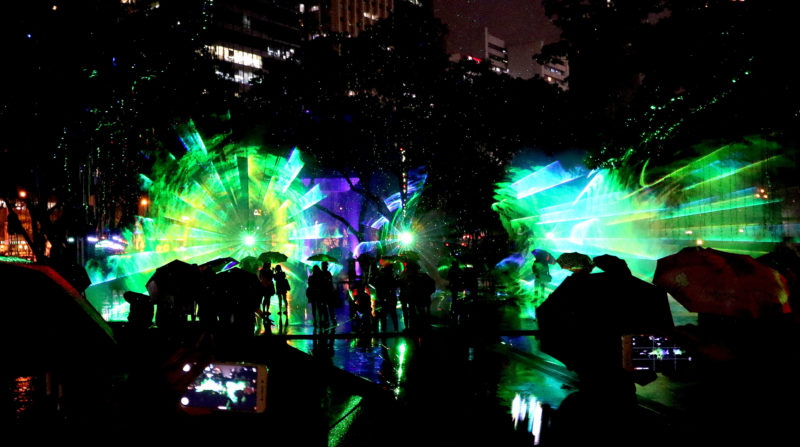 Image c/o Ayala Land The music for the three medleys have distinct themes: Pinoy Fiesta - by Roy Del Valle Traditional Christmas - by Von de Guzman and Techno - by Tris Sunguitan. One medly will be staged every 30 minutes nightly. Each one boasts of a different mood, pace, and rhythm. Watch all three of them and tell us which one is your favorite! 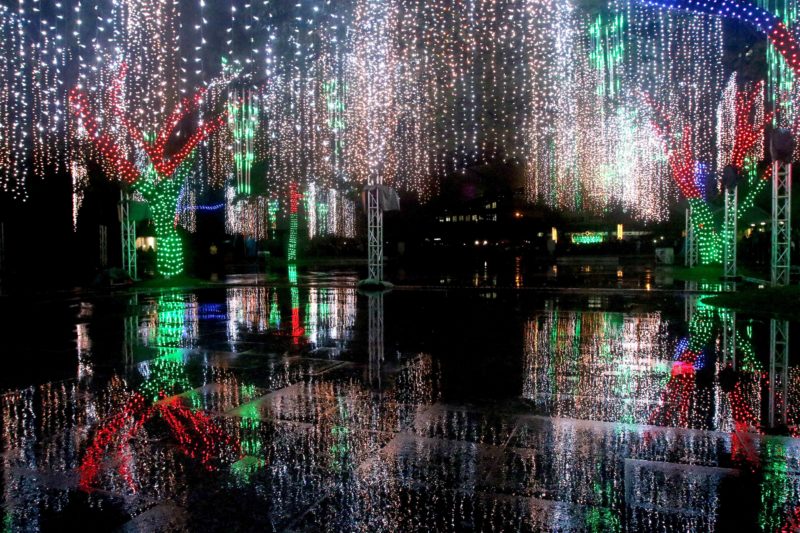 Image c/o Ayala Land As the lights flash and change colours to the beat of music, the revelry and joy of Christmas will surely be felt by everyone.

We want Christmas to be magical for everyone, which is why we have continued with this beautiful Christmas tradition that brings people together and lets them feel the joys of the season," 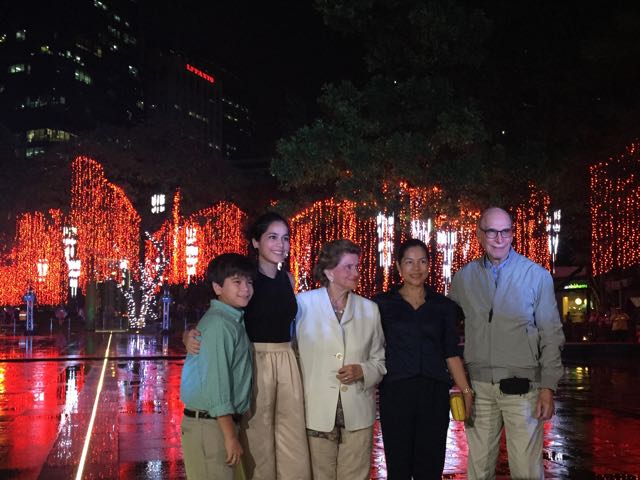 Members of the Zobel de Ayala family at the opening of the Festival of Lights 2017 Makati's major roads are decked in over a million Christmas lights done in the patterns of native woven fabrics such as Inabel and Burdado of Luzon, Banig Tikog of Visayas and T'Boli, Ukil and Yakan of Mindanao. Gigantic Christmas ornaments lit up in the same native patterns, bringing the holiday cheer even closer to people who roam the city's streets. 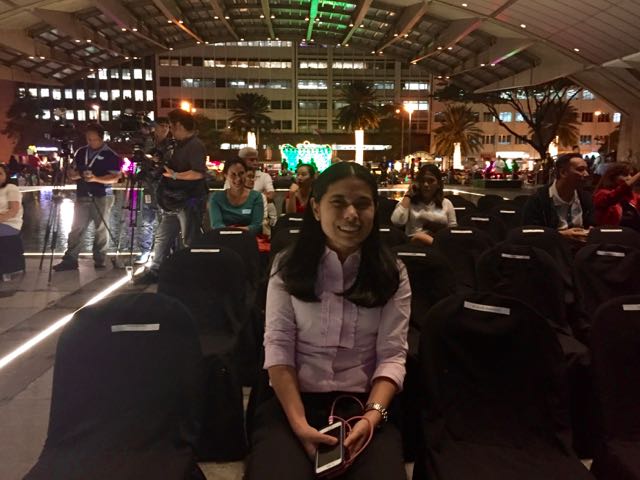 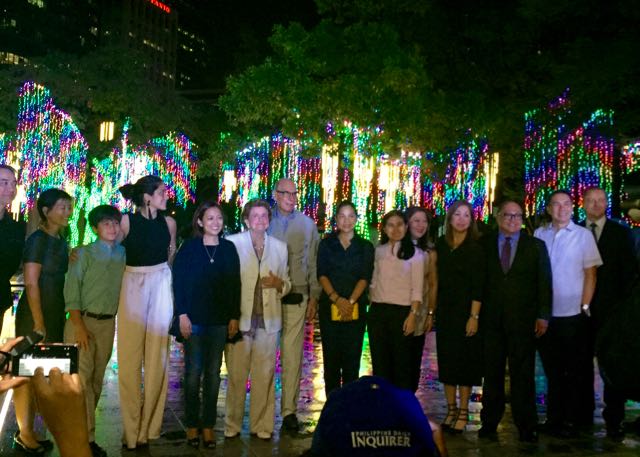 Pop Up Bazaar at Circuit Makati and Arca South 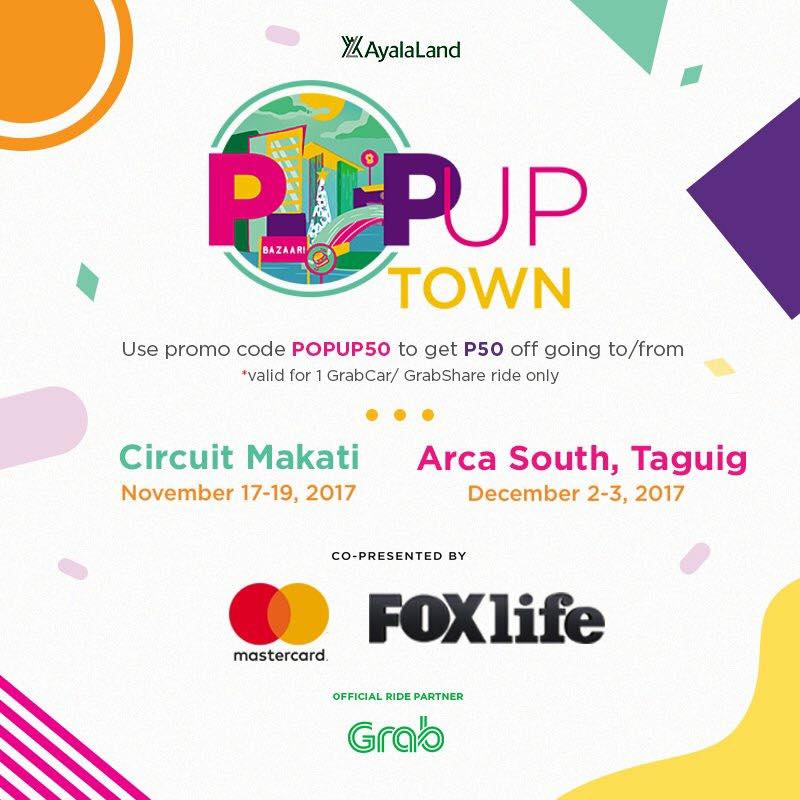 Other Christmas activities you shouldn't miss, are the Christmas Tree lighting ceremony on November 17, and the Pop-Up Town Bazaar on November 17-19 at Circuit Makati, and on December 2-3 at Arca South. While you shop, the kids will surely enjoy the Wacky Obstacle Run by Pop Up Arena! Other activities are arts & crafts, a pop up cinema and battle of the bands.

Not only Makati gets to enjoy the music and lights. Ayala Land is bringing the light and sound shows across the country! Similar shows will be held at Vertis North, Nuvali, Bonifacio Global City, Centrio and Ayala Center Cebu- spreading the sights and sounds of Christmas to even more people.

Bring magic to your Christmas celebration and create a new tradition with your family! Our kids love to stand in the middle of the park and get immersed with the sounds and lights. Watch the Festival of Lights at the Ayala Triangle Gardens. When: Daily from November 9, 2017 to January 7, 2018 Where: Ayala Triangle Gardens, Makati Time: Every half hour from 6PM-10PM Fee: Free entrance Tips: It's outdoors so bring mosquito repellant and an umbrella. In case of rain, there is a covered area a little further away, but still with a good view. There are coffeeshops nearby for a simple snack or meal. Watch the shows at the other locations like Nuvali or Vertis North. Share your tips in the comments!